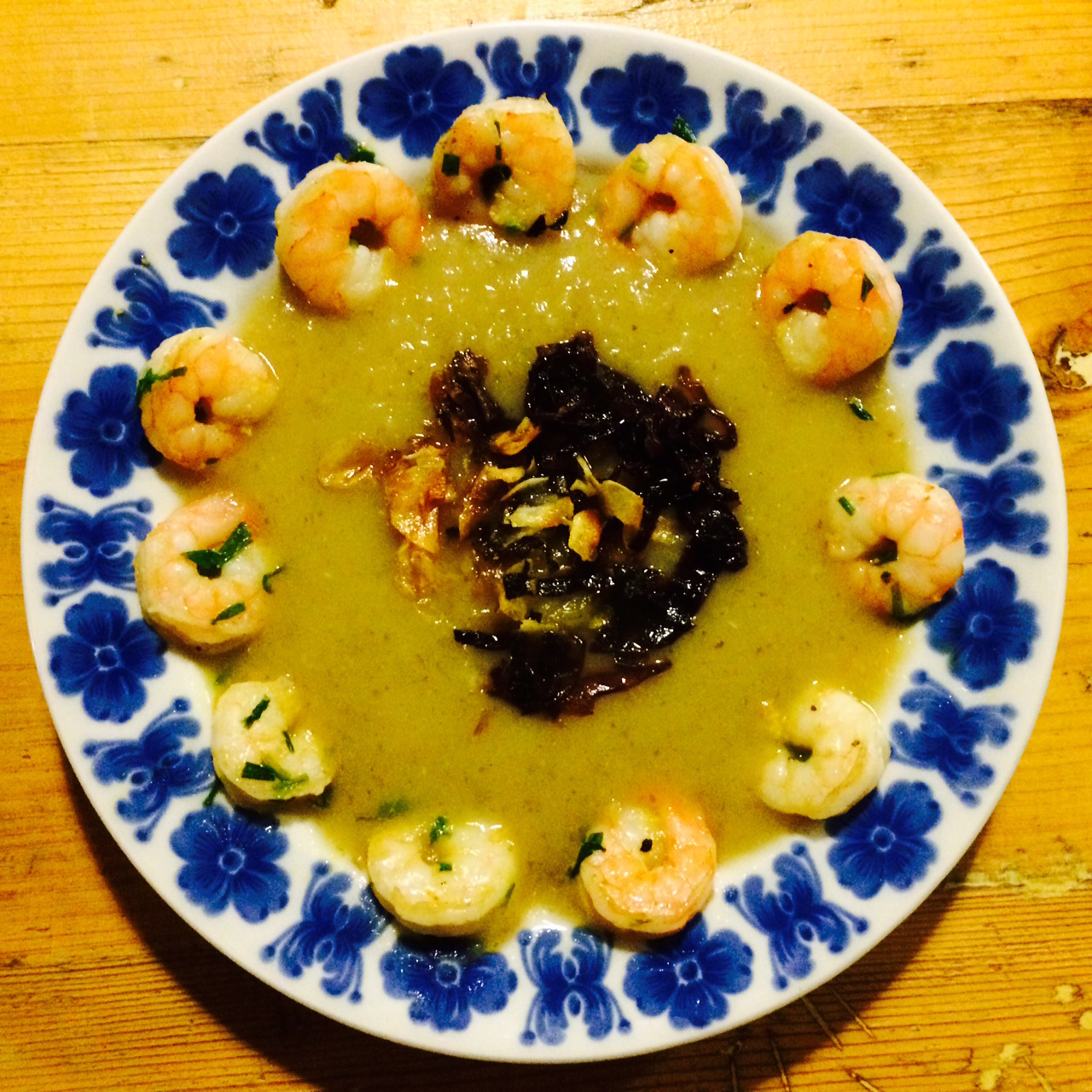 My first memory of Jerusalem artichokes is yummy and painful all the same. Although quite obscure to the rest of Italians, in Piedmont this kind of tuberous root is quite popular. People eat them raw in bagna caôda, a warm garlic and anchovy sauce. That was how I first tasted them and their crunchy texture with creamy flavour made me fall in love with them. Only later when my belly swelled up like a balloon, I learned of their dark and windy secret.

So when last night I set out to make Jerusalem artichoke soup, an American friend who for a short while worked as a chef joked that a colleague of his only made that soup when he was pissed off with his customers.

I gladly replied that I actually found a way to take the wind out of them, just by boiling them off for a few minutes, then chucking away the water and peeling them. This way you can enjoy them (even if not entirely raw, Piedmontese style) without suffering any of the unpleasant side effects.

I love the delicate, creamy flavour of this root and I think that for this reason it pairs wonderfully with any fish and shellfish. So I added a bit of substance to the soup by sautéing some fresh king prawns in butter and chives.

After boiling the Jerusalems for about 3 minutes, I peeled and put them back in the pot (all but a tiny piece I turned into a crisp later) with just enough water to cover them, adding one carrot, one onion and some parley leaves with the stem kept in. I boiled them until the artichokes were soft then blended everything and seasoned with salt and pepper.

In the meantime I fried some purple carrot and some artichoke shavings in coconut oil until crispy, then set them aside and used them to garnish each bowl of soup once ready.