Pasta. Just as rice conjures up the image of tiny bouncing grains, with pasta the name itself suggests the act of eating it. “Pa”, opening your mouth to welcome its uncompromising fullness, “s”, for the slurping and savouring of sauce, “ta”, suggesting the satisfying sensation every mouthful brings. 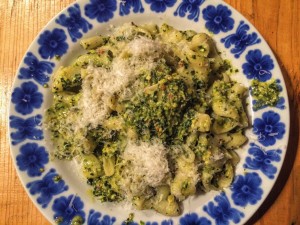 The first record of pasta manufacturing dates back to the 12th century in the Sicilian town of Termini, although people in the Roman and Arab world may have been combining water and semolina flour way before. In Sicily however, they were the first to export it by the shipload and since then it spread to conquer the world.
Swimming in soups or covered with a dry pesto, given a fuller texture by a earthy meat ragout or shaped in little parcels with an endless variety of fillings, pasta opens up a panoply of cooking possibilities, becoming a favourite for everyone, from busy mums to sophisticated chefs. 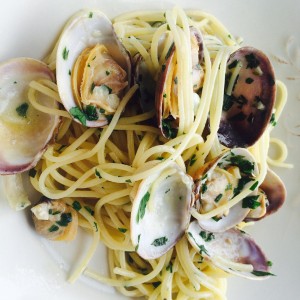 In recent years this kitchen staple suffered some bad press. Gluten sensitivity, which according to some affects quite a wide portion of the population, meant sales slumped even in its native Italy. Coeliac disease is obviously dangerous and needs to be taken seriously. In the case of sensitivities however, the problem in my opinion has multiple roots, different for each individual. Amongst the causes, both a defective gut microbiome and wheat varieties engineered for a higher gluten content come up as prominent in my mind. From my experience the solution doesn’t need to lie on total gluten avoidance. Often it is enough to avoid eating it for enough time to give the gut a chance to heal, do a course of probiotics and then choose organic flours and pasta products, made with healthier varieties of wheat. Spelt and khorasan (also known as kamut, an ancient wheat variety) are also great alternatives. 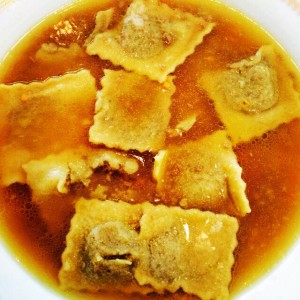 Personally, I now made peace with pasta. I don’t eat it too often, but when I do I have great fun with it. I bought a pasta machine and have been experimenting with making fresh egg pasta the Piedmontese way. In the end, I found my perfect recipe for it. Whether you’ll be making ravioli or tagliatelle, ingredients and method for the basic sheet are always the same. Following this recipe way it will be crunchy but won’t break when rolling it into sheets and will hold the cooking well. The thing I find irresistible with fresh egg pasta is the unique way it fills your mouth. It’s like ‘pasta plus’, with that pleasant egg dough taste making it more addictive at every bite. 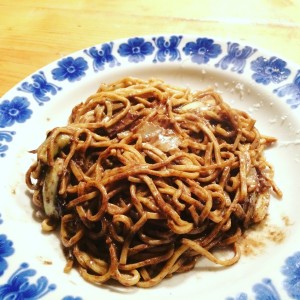 Pairing the right pasta shape for with each sauce also makes a world of difference. A useful guide is this chart I found. Choose a curly short shape if you have a dry pesto or a cheesy nutty sauce, so that the condiment will lodge itself in every corner of the pasta. With a seafood sauce, go instead for flat linguine, so that the texture will be fittingly smooth. But don’t be too rigid. Experiment and try new shapes. Now you have the tool: see for yourself how effective it is. Be adventurous and enjoy!