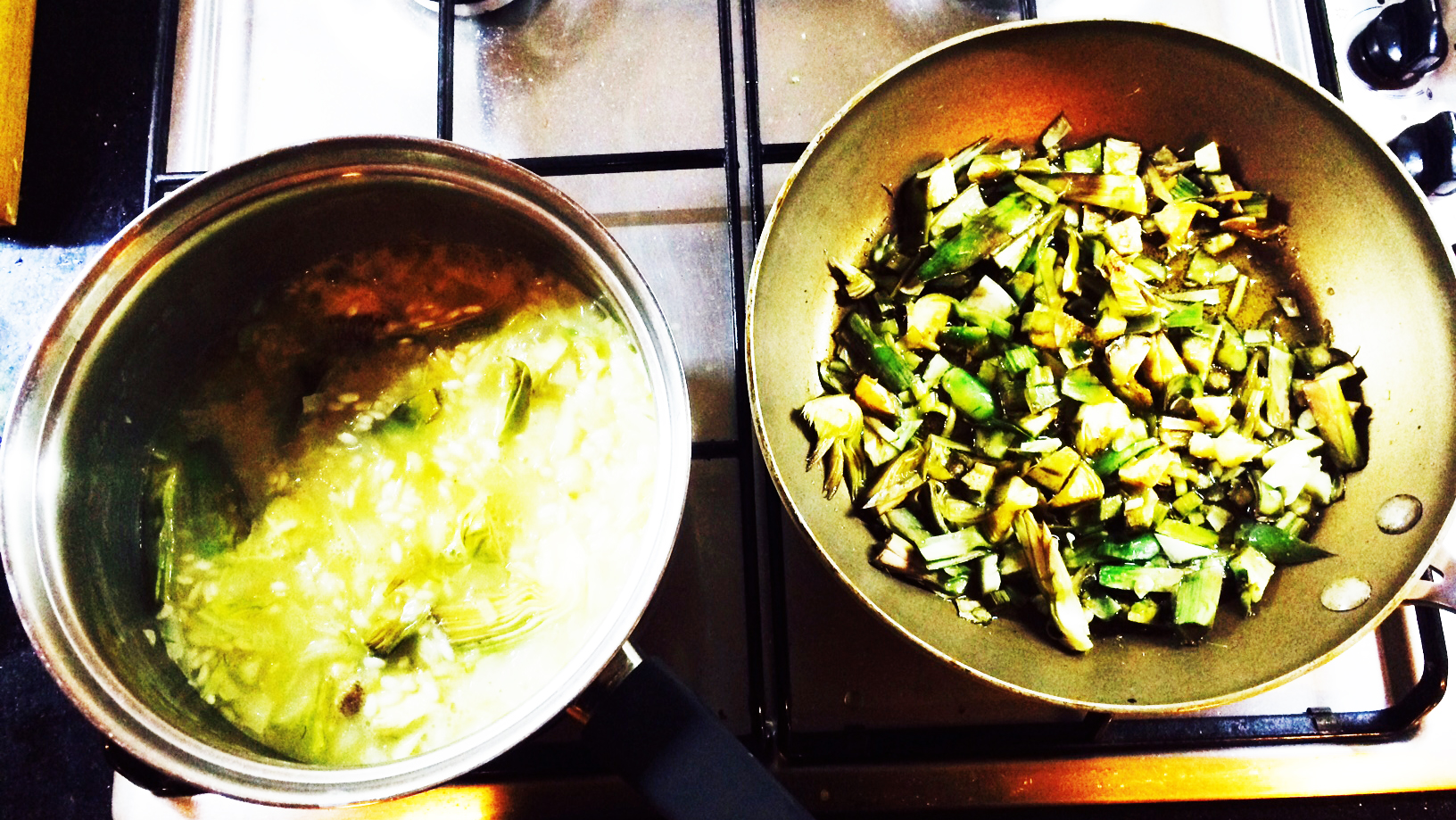 This is a quick and easy risotto recipe, and I like to make it with the spiky kind of lovely artichokes we have in Northern Italy, not with the globe ones more widespread over here and in the rest of my country of birth. But if you can only get globe artichokes, don’t worry, it will work out anyways.

Prepare the artichokes: chop the head off the stem, quarter it, remove the spiky, purple young leaves in the middle, and the harder, dark ones on the outside. You should be left with just the light green middle. Immerse the head quarters in the bowl of water with the lemon juice, to prevent them from discolouring. Peel and discard the harder, stringy edge off the stems and chop them in small bits. Set the chopped stems aside.

Melt the butter in a medium sized pan, fry the onion for about 5 minutes, then add the rice and on a low heat stir for another 2 minutes. Add the white wine and let it evaporate.

Add enough boiling water to cover the rice, the chopped parsley stalks, the saffron strands and half the artichoke quarters, some whole, some coarsely chopped. Season and cook on a low heat, frequently stirring and adding boiling water little by little until the risotto is cooked.

On a separate frying pan, heat a tablespoon of olive oil, add the rest of the artichoke heads, the stems, the garlic, the chopped parsley leaves and salt to taste. Cover with a lid and cook until soft. When the rice is ready, mix in the fried artichokes, add a knob of butter, and turn off the heat. Let it rest for 2 minutes then fold in the parmesan and serve.