A fine restaurant at the end of the world 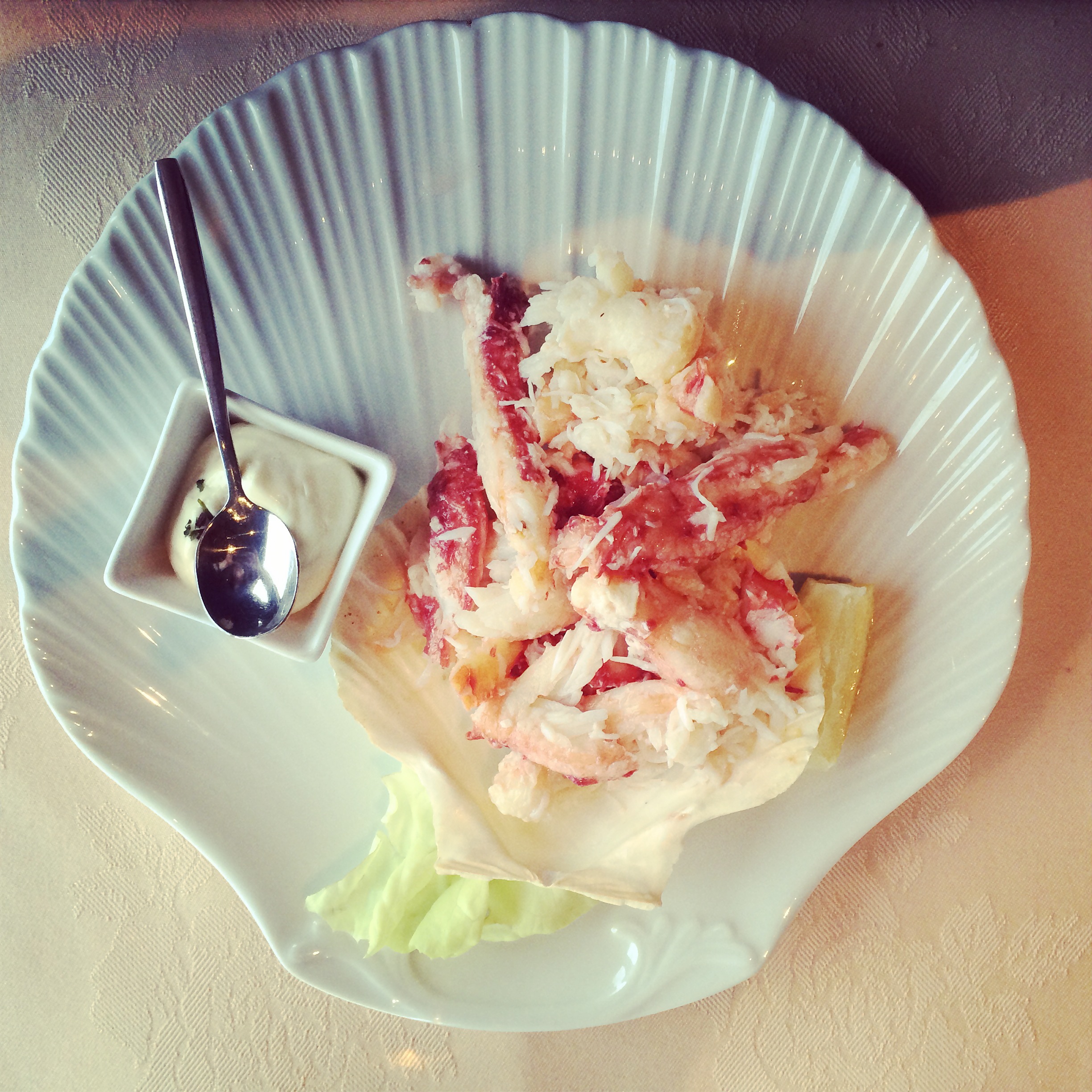 One late morning of a windy day in mid November, I landed at the End of the World. Ushuaia, officially the southernmost town on the globe, is the capital of the Tierra del Fuego province. The name, literally “Land of Fire” came from Magellanes, the first European who in 1520 circumnavigated Cape Horn and saw some fires burning on land. Lighting those fires were the Yamana, an indigenous tribe who before having contact with Europeans lived completely naked despite freezing temperatures, hunting sea lions and collecting shellfish. They kept warm by huddling together in huts where the fire never went out, sleeping in a squatted position so they could better conserve body heat. Empty mussel shells were piled around the hut, giving further protection from the wind. Although they evolved a unique metabolism which allowed them to produce more internal heat than any other human, little could their bodies do against the viruses – from the harmless cold to syphilis – brought by Europeans.  In the space of 50 years they were decimated, and now only one pure blood woman, the last one speaking their native language, survives in a small town in Chile.

In the yamani language, Ushuaia means “at the back of the bay”. Always windy, with the fastest changing weather I ever witnessed (from sunshine to snow in 5 minutes, then sunshine again) it gives the visitor a true “outpost” feel. Its multicoloured houses, all with corrugated iron roofs and sometimes iron walls too (an easy-maintenance protection from the snow), are all different, some reminiscent of Swiss chalets, some in a Soviet utilitarian style, some almost English-like with small pretty gardens on front. There is no architectural unity in this town that nestles around a seaport and shipping harbour, with the newest settlements spreading out along the coast towards the new airport, built in 2000 after an air accident in 1998, when an aircraft crashed in the sea on landing.

Founded in the 19th century by the British, Ushuaia was a penal colony under the Argentinian government  around 50 years until 1947. In 1970 the population was only 5,000 so the Argentinian government, aware that such an outpost is always better controlled if it has a loyal population, started a policy of tax breaks for companies and subsidized salaries for the employees, to encourage businesses and people to move there. Now counting a population of 57,000, Ushuaia is a free trade zone, thriving on fishing, oil and gas extraction, sheep farming and tourism. Less well known are its many chocolate laboratories, the southernmost ski resort in the world and, last but not least, its surprisingly excellent restaurant scene.

Which brings us to the amazing meal I had while there, at a restaurant a bit out of town, blessed with a breathtaking view over the bay. The long dusk and the ever mutating weather painted a beautiful canvas before our eyes, while we sampled the best food I had in Argentina.  Chez Manu is the name of this gem, and if you ever get this far away in your travels, you need to visit this restaurant. 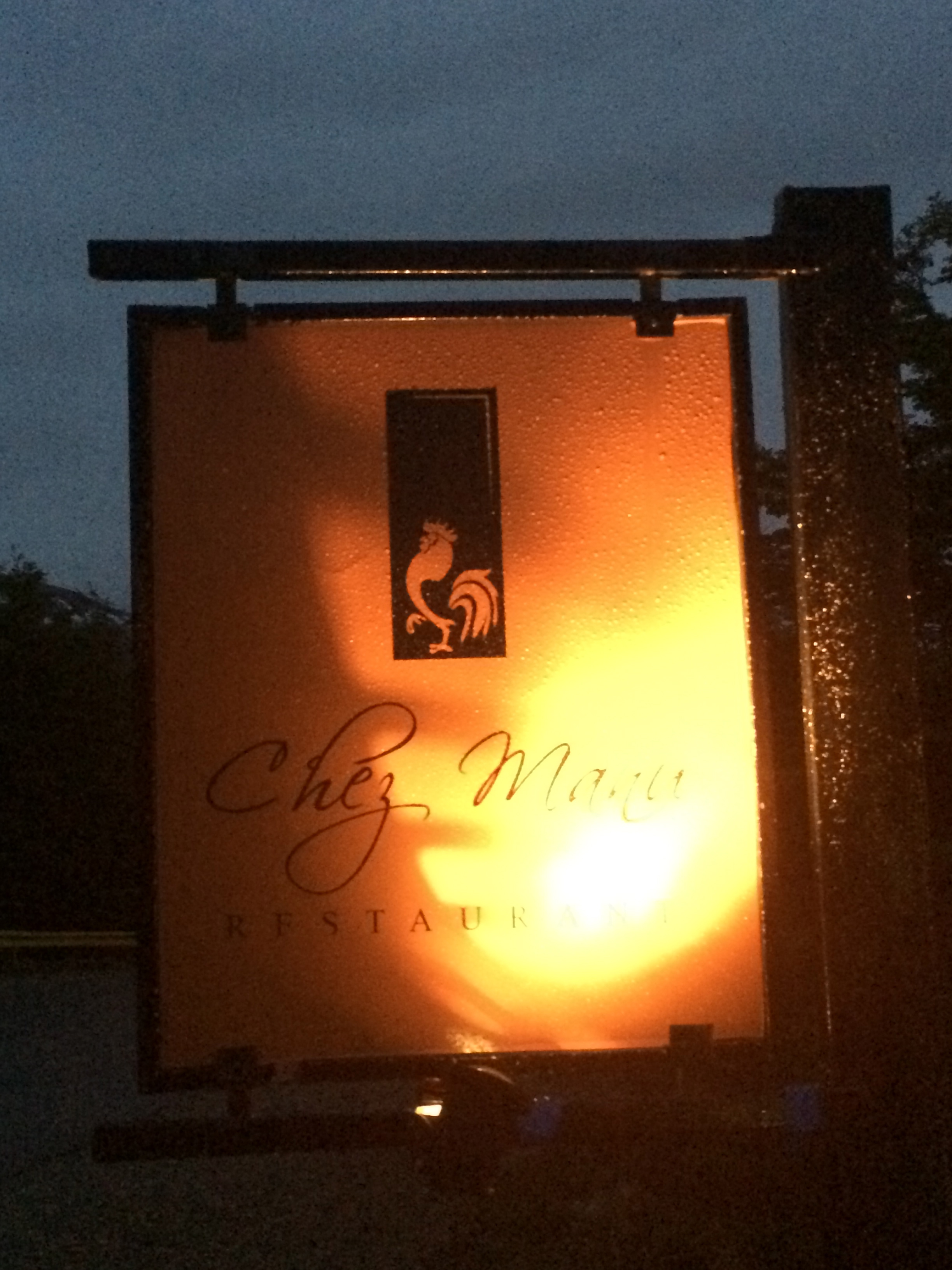 The starter was simple but perfectly executed. Boiled king centolla crab with home made mayonnaise. The meat was delicate, crunchy and super fresh, all you need from the most prized gastronomic delicacy of this area. Ships catch these crabs in crates in the stormy freezing seas. The Deadliest Catch series for Discovery Channel showed the world the unbelievable dangers of this type of crabbing in the Alaskan waters. Judging by the winds and high seas I witnessed while there, I expect their south American  colleagues to encounter very similar dangers.

The onto the main, black cod fillet with saffron rice, carrots and summer vegetables, all garnished with a delicate white wine sauce. The cod was unlike anything I ever tasted: hardly fishy at all, it melted in the mouth and was complemented by the buttery aroma of the wine sauce and the softness of the carrots. The saffron rice was rounding the flavours off perfectly, while the summer vegetables (an aubergine, courgette and onions ratatouille) gave the dish a sharper kick. By then the time I finished the delicious main, it was nearly 10pm and the sky had turned purple blue. I was tired but so happy to have found such a place, that I said yes to the dessert, something I only occasionally do, as I aim to limit my sugar intake. But this was worth it, if only for tasting a produce unique to this area, the calafate. This is a berry that grows on bushes widespread in the Patagonian steppes. They have pretty yellow flowers that just in this time of the year start to turn into purple, plump fruit. It is used in a way similar to blueberry, for jams, ice creams and in cakes. At Chez Manu, it was made into a sorbet mixed with champagne, served in a cocktail glass and topped with merengue. It was sharp and floral, a perfect ending of a dinner that comprised the best delicacies of this corner of the world.

On leaving, I stayed a little in front of their stove, surrounded by books and jars of spices. Over 12.000 kilometers from home, I felt a little closer to my own dining room, where the stove is similarly flanked by herbs and cookbooks. But then I left, and the cold unforgiving wind brought me back to Patagonia.