Lamb at the Masters’ 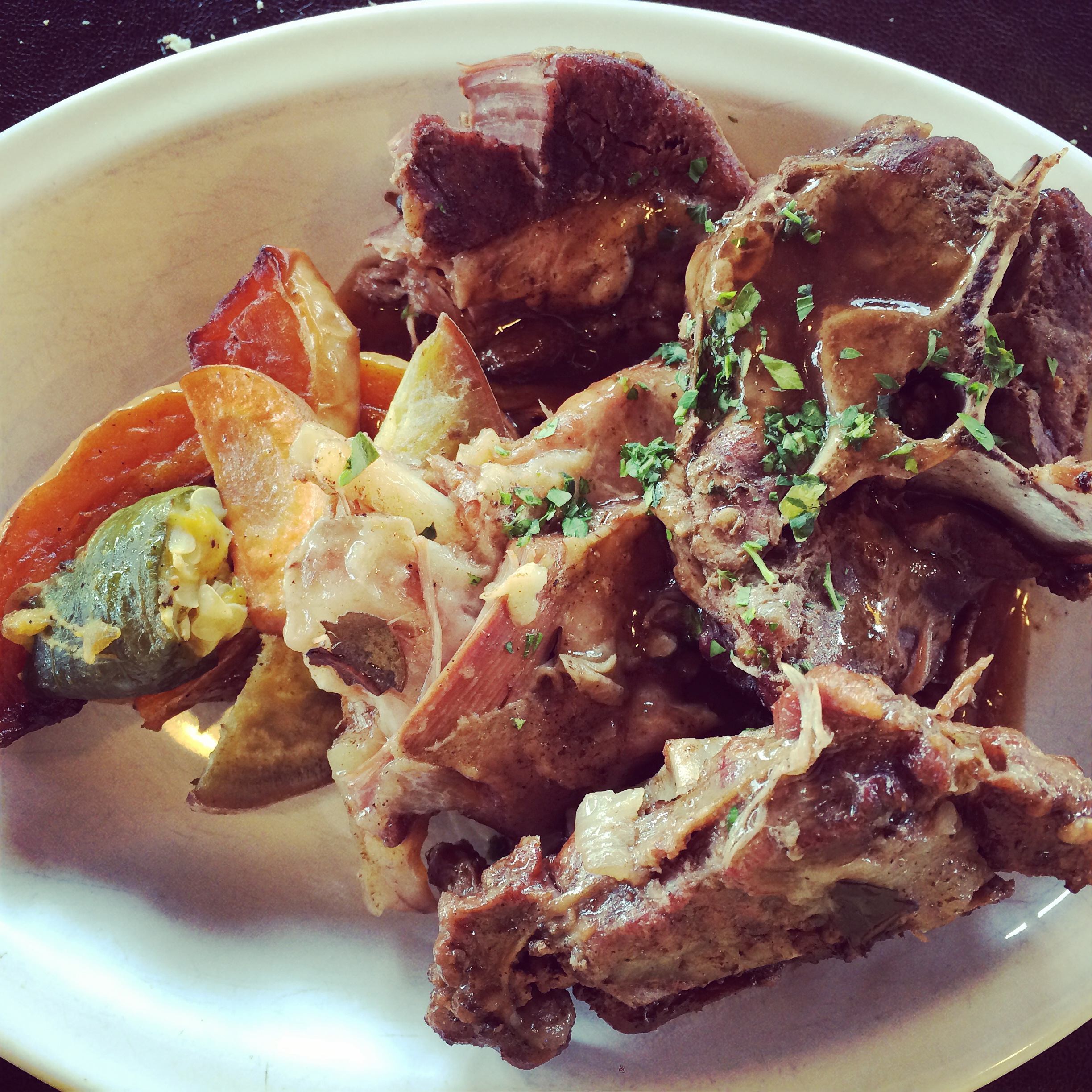 I had this amazing lamb in the most impervious place you could imagine. Hardly where you would expect to eat great tasting food. We arrived at Estancia Cristina by boat navigating through icebergs. The melting glaciers bring with them so many mineral particles that the water looks almost milky, reflecting the light in a unique turquoise display, different from any other lakes you’ll see.

This place was founded in 1914 by two extremely resilient human beings: Percy and Jessie Masters, a husband and wife emigrated from Britain in 1900. After working for over a decade in other people’s sheep farms, they decided to set up on their own and brought their kids, a boy and a girl of 10 and 12 years old, to this desolate corner of Patagonia, at the foot of the Uppsala glacier. To this day there are no roads leading to this place and when they moved here, there was not a town for hundreds of miles. They were alone in the middle of nowhere, surrounded by pastures where they were planning to breed sheep.

For one year they lived in a tent, battered by constant winds, while Percy was building their small stone house, which would shelter them for another couple of years while they built a larger, more comfortable accommodation.

Life was hard and their son, Bert, left for Buenos Aires as soon as he was old enough. Cristina, their daughter, died at 20 years old of pneumonia after one of those long walks on the mountains she loved to take.

But Percy and Jessie stayed on and died at 99 years old and 97 respectively. In the meantime they built not only a successful business with over 12,000 sheep, but also turned this harsh corner of the world into a pleasant haven of trees, gardens and flowers, importeing many seed from England.

They had no heirs, so the whole establishment is now owned by the Argentinian government and run by a private company that organizes treks and trips to the glacier. They also have a few rooms to stay the night and a lovely restaurant, where I had this heart warming lamb with roast pumpkin, sweet potato and courgette. Magical.